What's Mine and Yours 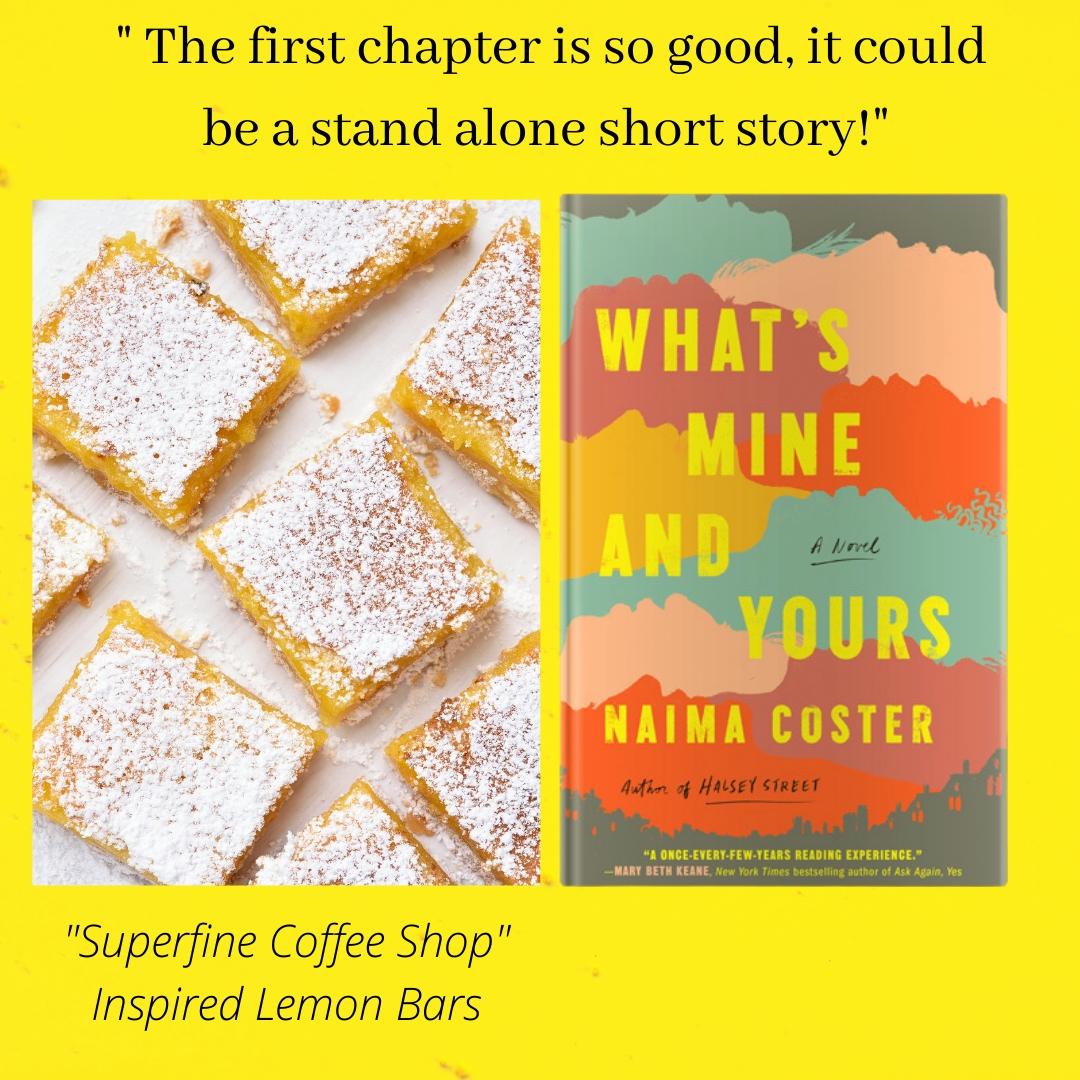 The roller coaster of love, family, business and gut-wrenching tragedy is captivatingly displayed before the end of the 1st chapter of Naima Coster’s second novel What’s Mine And Yours. At the helm of the story, set mainly in North Carolina, we are introduced to two families ultimately brought together by a high school bus initiative – better known as school integration. So let’s set the scene: school integration in the south in 2002 = Chaos and Opposing Sides. On one side of the debate we have Gee, a grief-stricken black boy unsure of his place in the world, and his mother Jade. On the other side, we have Lacey May Ventura, a white woman whose desire is to protect her three half Latina daughters Noelle, Margarita and Diane. Gee and Noelle’s simple act of joining a school play intertwines/bonds the two families like no one would have imagined over a span of 20 years! Imagine what circumstances or events that occurred in your life 20 years ago, that is subconsciously influencing your life right now.

It appears that Naima Coster deliberately toggles between present day (2020) and the past (1992) to show, not only two different perspectives but also the multi- generational effects a child's upbringing has, whether it be positive or negative. As we have come to expect from the author, the dialogue is cutting and spicy. It reads as if you were being told the story from a not so distant cousin or nosey neighbor. Numerous themes are displayed in this novel, but I was most intrigued by how seamlessly Coster uses food, yes food, as an identifying characteristic of each. Food is a form of care and vivid expression of love that is shown differently depending upon class, race, family dynamic, location and so much more.

Once again Naima Coster draws readers in with such great character development you become emotionally attached to each one. The story definitely provokes you to ask yourself the hard questions as it relates to family, love, heartbreak and so much more.
~ @ashleyrichardsonevents