Life After Death by Sister Souljah 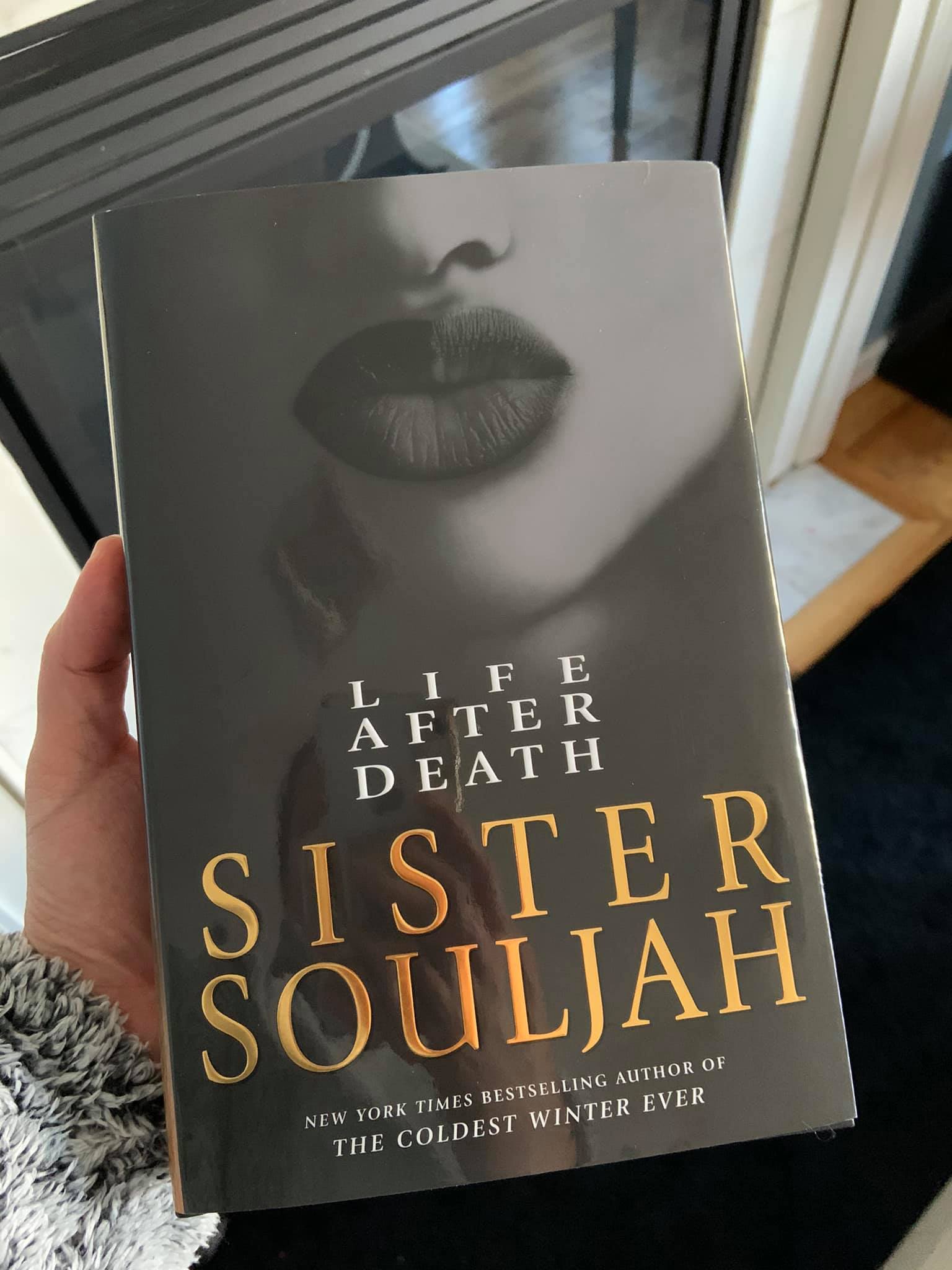 A Hazy Shade of Winter

If fans of The Coldest Winter Ever were looking to be entertained by a new tale of the hustle, brand-name dropping, styling and profiling, foul-mouthed, slick-talking game of Winter Santiaga (where we would secretly fantasize about riding with her just to be a witness to her antics) … this ain’t it. However, make no mistake, in Life After Death there is plenty of all of those things happening, it’s just not how you are expecting it.

Sister Souljah takes the reader on a journey with her infamous fictitious protagonist to a realm where she least expects to end up. We meet Winter, fifteen years after TCWE, on the tail-end of her 15 year bid in federal prison. Upon getting out of jail, she expects life to pick up exactly where it left off – with her on top! It is clear that she hasn’t learned her lesson since she wants to go back to the life that landed her in prison. However, immediately after release, it takes a very wrong turn. Or does it?

It is clear that Souljah has evolved as a writer but Winter Santiaga, even after doing time in jail, has not matured in the least. She is still that teenager we first met in TCWE, which is hard to believe. This is far from the only thing that you will encounter while reading that is unbelievable. Just as Winter was about to boldly reclaim her status in New York, a sudden turn of events has her navigating a subconscious realm that Souljah calls The Last Stop Before the Drop, that is her afterlife. It is here that she faces the tribulations of her life choices. Even as street savvy and resourceful as she is, Winter’s poor judgement makes her journey of self-reflection long and arduous. And the reader is along for every wild turn, bump, and road block. I have always enjoyed the voice of the arrogant, brazen beauty that Souljah created however, after following Winter stumble through this realm, it has me wondering will she ever reach the epiphany that if she doesn’t, will literally cost her life. The story is saturated with obvious symbolism that is blatant to the reader and lost on Winter.

Souljah is relating to her target base readers and using Winter’s story as a way for us to reflect on our own circumstances and life. “Because the soul is eternal. You need to know what the difference is between good and evil, right and wrong. Once you read these pages, you will be able to distinguish and understand and most importantly, self-reflect.”

We all know someone like Winter who is shallow and holds materialistic values. Perhaps after reading Life After Death, we will make different choices than Winter did. What will it take for you to wake up?