Unbound: My Story of Liberation by Tarana Burke 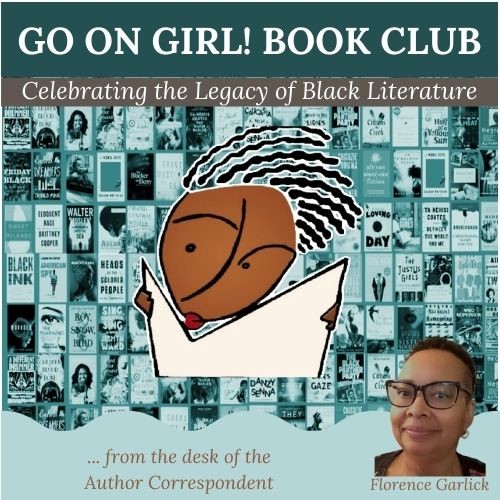 Have you ever wondered how the responses from your Questionnaires are used to create the letters sent to the authors and publishers? To demonstrate, here is an example of the club chapter comments that were used to develop the letters written to Tarana Burke for her book Unbound: My Story of Liberation and The Birth of the Me Too Movement, which was our January 2022 reading selection.

Our book club members were emotionally affected by Unbound.  We found the story to be both emotional and raw,1 (NY2) and we were able to relate to your indignation on finding that a movement started and nurtured by you had been co-opted by a viral social media hashtag that turned attention away from the original intent of the slogan and movement.  Many of our members learned for the first time that you were the originator of this grassroots work in support of women and young girls.2 (MD4) We felt your story demonstrated empowerment, leadership, and a heartfelt journey toward self-realization.3 (AL2) You were able to describe traumatic events in a not overly graphic style that only increased the poignancy of the depiction.

By and large, Wes, the stepfather, was the most liked character.  We found his role as protector of his family to be a strong and positive role model.  Without a doubt, the most remarked upon portion of the book was the scene in the drugstore where you overheard a remark that labelled you as “ugly.” We saw the deep and long-term effects of this ill-uttered comment.  This was a traumatizing event that impacted your psychological development, your sense of self-worth, and which forced you to develop a persona that compensated for your sense of devaluation. This invoked numerous comments from our chapter members that they would be more mindful of what they speak.

An interesting tidbit from one chapter described how a question on the quiz show Jeopardy was about Unbound.  The question’s answer was “Tells of the truth of this movement and the power of saying two small words.” The question was “Who is Tarana Burke?”4 (NY10)

We received numerous laudatory comments about the audio version of the book of which you were narrator. Your narration gave the words extra poignancy, and we found the intonation to be exceptional.5 (DC1) One chapter felt emotions behind every word of your reading.6 (NJ4)

Our members always have questions about each book we read and the most frequently asked question about Unbound was if you ever reconnected with the girl, Heaven. We were saddened by your inability to assist her, but we understood that not having dealt with your own personal abuse issues was why you could not give Heaven the help she needed.

There continues to be a great need in communities of color for programs for girls and young women to teach them that they are valued and that they should not be silent when they are abused. The Black community must take responsibility to respect and to protect our girls and women. Unbound went a long way towards furthering that goal and we hope that you continue to establish a framework for compassionate and targeted actions and programs to address and to eradicate sexual abuse and exploitation especially within communities of color.

We thank you for writing this book.